What you're doing huh.
Posted by MalDraw at 21:26 No comments: 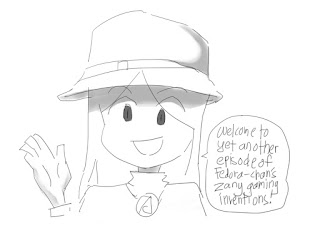 This is related to the comics since Fedora chan canonically appeared in one of my comics that predicted the future of gaming. 2 years before the Switch was released she played something that looks almost like it, with a normal controller broken in two and a VR headset stuck on her face. The comic was never released because it was incomplete. 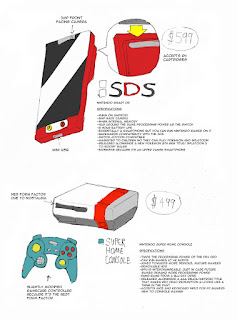 Anyhow just in case Nintendo make the two of these happen, I'll get bragging rights for it so you know, better get to it early.
The reasons for the consoles above is that Nintendo will sooner or later realize they need to split the main demographics of their consumers. Mobile for children and home console for their adult fans.

The Smart DS will appeal to children first and foremost because kids will never touch anything that's not a phone when it comes to gaming and Nintendo literally never makes a game that's anything above E rated. If adults keep playing these E rated games, they will create this really awkward situation where grown ups start stuffing their strange fantasies into the characters. I don't know how to explain this but unless if Nintendo want their games to be associated with pedophilia they have to split their demographics fast. At release, the SDS should be accompanied with a Pokemon or Splatoon title to encourage more sales of it. Nintendo also has to market it to parents and children so they get to their target consumers fast. I guess they should also come up with Pokemon GO 2 that's exclusive on the console so more people will purchase it to replace their normal phones. Backwards compt with the 3ds and probably the switch so the people who owned those consoles have a good reason to buy it.

The Super home console will be the flagship of nintendo consoles, boasting twice the processing power of the PS4 pro. This one is for the call of duty, overwatch, GTA players. It should be released with a Zelda title that boasts some serious graphics that rivals that of GOW. Games development for this console will be slow, only around 2 games per year but Nintendo needs to keep its relevance afloat in AAA gaming and this console is the answer to that. Smash should be released on this console and the Smartphone DS. The Smash version of the console is about 20 times more superior in graphics than the DS version. AAA third parties will go here if that's not already obvious. Mice and keyboard input is a must to attract PC gamers to console gaming. BTW im talking about any mice and keyboard, not just proprietary Nintendo accessories. They have to swallow this fact if they want the console to sell. Anyone should be able to connect their mice and keyboard to this console as their preferred controller. It's time to grow up. It's time to give back.

Excuse me for this post if anyone's wondering. Politics is getting stupider due to the high amount of stupid people involved in it as of late. To maintain my sanity I had to switch my attention to something else and gaming is just wonderful. And it's pretty good too, lots of things in gaming are catering to my whims to the point I felt responsible for it somehow. 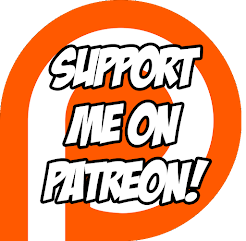 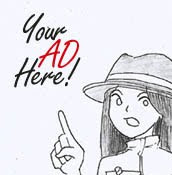